There are a few different ways that you can make a trade with another player; it could be a verbal/text trade where it is arranged over chat or using /whisper, or it could be done using the /trade command from the Trade System plugin.

Trading either way is great, just remember don’t scam other players, as listed in the server rules; “Do NOT Scam players when a clear deal is made via in-game chat. Results in refunded or forceful deal & potential punishment”. If a player is offering you a trade and you don’t want to risk being scammed, offer the player a trade using /trade, that way you can ensure you’re getting a fair deal!

Here’s how to make a trade with another player on Legacy Faction, in step-by-step fashion.

Step 1. Find your trade buddy! You will need to be near them to initiate a trade. 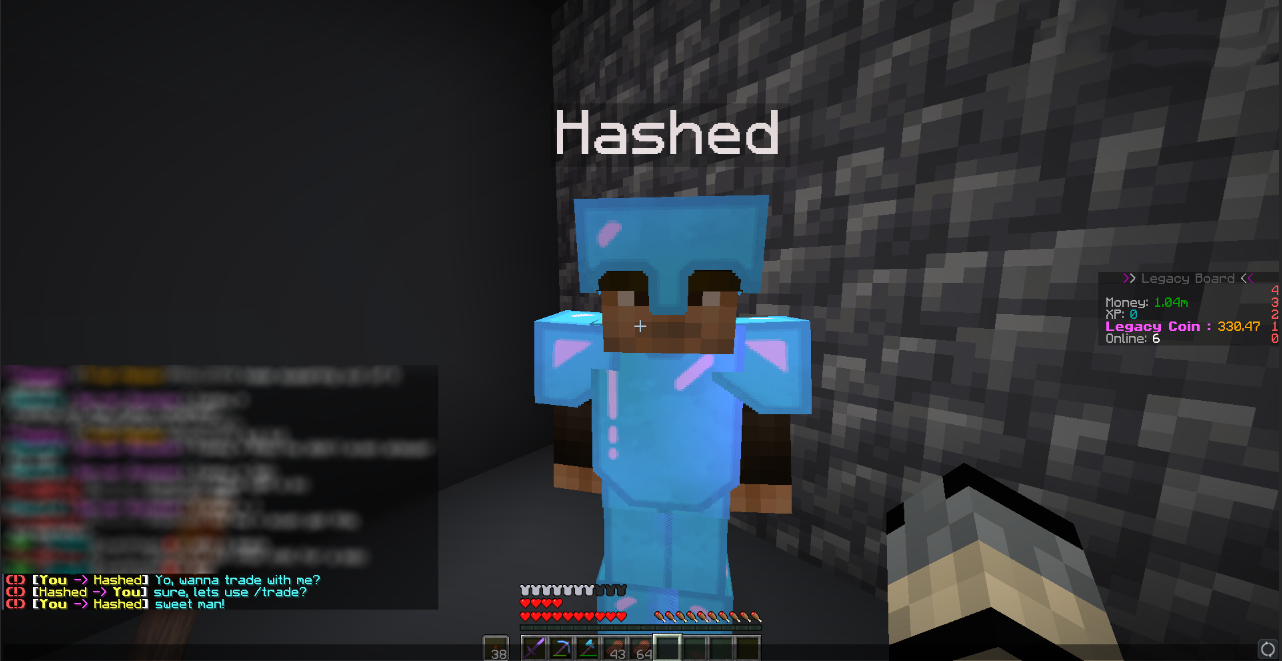 Tip: Make your trade in a safe location to avoid unwanted PvP. A good place for this is at /spawn.

Step 2: Initiate a trade using /trade <player> - such as /trade Hashed in the example below. This will give the other player the option to Accept or Deny the trade request.

This will open up the trading interface. 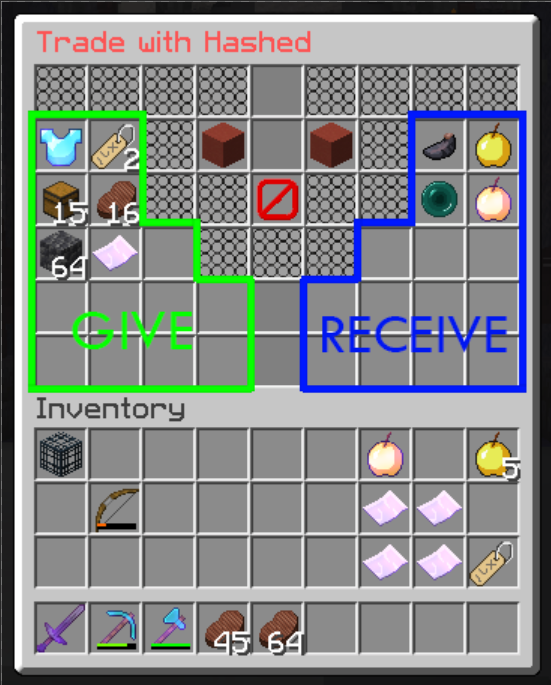 Step 4: Click ready! When you are ready to finalise the trade, click on your red button and it'll go green, showing your ready to trade & have accepted! 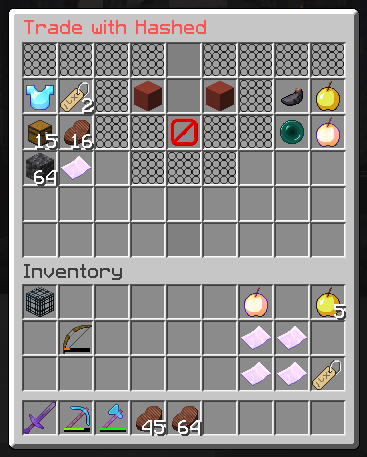